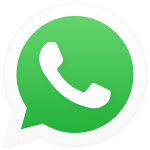 The firewall’s state table maintains information on your open network connections. The pfSense software is a stateful firewall, by default all rules are stateful.

Most firewalls lack the ability to finely control your state table. The pfSense software has numerous features allowing granular control of your state table, thanks to the abilities of FreeBSD’s ported version of pf.

Adjustable state table size – there are multiple production pfSense installations using several hundred thousand states. The default state table size varies according to the RAM installed in the system, but it can be increased on the fly to your desired size. Each state takes approximately 1 KB of RAM, so keep in mind memory usage when sizing your state table. Do not set it arbitrarily high.
On a per-rule basis:
Limit simultaneous client connections
Limit states per host
Limit new connections per second
Define state timeout
Define state type

None – Do not keep any state entries for this traffic. This is very rarely desirable, but is available because it can be useful under some limited circumstances.

Port forwards including ranges and the use of multiple public IPs
1:1 NAT for individual IPs or entire subnets.
Outbound NAT
Default settings NAT all outbound traffic to the WAN IP. In multiple WAN scenarios, the default settings NAT outbound traffic to the IP of the WAN interface being used.
Advanced Outbound NAT allows this default behavior to be disabled, and enables the creation of very flexible NAT (or no NAT) rules.
NAT Reflection – NAT reflection is possible so services can be accessed by public IP from internal networks.

Limitations: PPTP / GRE Limitation – The state tracking code in pf for the GRE protocol can only track a single session per public IP per external server. This means if you use PPTP VPN connections, only one internal machine can connect simultaneously to a PPTP server on the Internet. A thousand machines can connect simultaneously to a thousand different PPTP servers, but only one simultaneously to a single server. The only available work around is to use multiple public IPs on your firewall, one per client, or to use multiple public IPs on the external PPTP server. This is not a problem with other types of VPN connections. PPTP is insecure and should no longer be used.

The firewall’s state table is replicated to all failover configured firewalls. This means your existing connections will be maintained in the case of failure, which is important to prevent network disruptions.
Limitations: Only works with static public IPs, does not work with stateful failover using DHCP, PPPoE, or PPTP type WANs.

Multi-WAN functionality enables the use of multiple Internet connections, with load balancing and/or failover, for improved Internet availability and bandwidth usage distribution.

Server load balancing is used to distribute load between multiple servers. This is commonly used with web servers, mail servers, and others. Servers that fail to respond to ping requests or TCP port connections are removed from the pool.

IPsec allows connectivity with any device supporting standard IPsec. This is most commonly used for site to site connectivity to other pfSense installations and most all other firewall solutions (Cisco, Juniper, etc.). It can also be used for mobile client connectivity.
OpenVPN

The pfSense software offers a PPPoE server. A local user database can be used for authentication, and RADIUS authentication with optional accounting is also supported.

The RRD graphs in the pfSense software maintain historical information on the following.

A Dynamic DNS client is included to allow you to register your public IP with a number of dynamic DNS service providers.

A client is also available for RFC 2136 dynamic DNS updates, for use with DNS servers like BIND which support this means of updating.

Captive portal allows you to force authentication, or redirection to a click through page for network access. This is commonly used on hot spot networks, but is also widely used in corporate networks for an additional layer of security on wireless or Internet access. For more information on captive portal technology in general. The following is a list of features in the pfSense Captive Portal:

Maximum concurrent connections – Limit the number of connections to the portal itself per client IP. This feature prevents a denial of service from client PCs sending network traffic repeatedly without authenticating or clicking through the splash page.
Idle timeout – Disconnect clients who are idle for more than the defined number of minutes.
Hard timeout – Force a disconnect of all clients after the defined number of minutes.
Logon pop up window – Option to pop up a window with a log off button.
URL Redirection – after authenticating or clicking through the captive portal, users can be forcefully redirected to the defined URL.
MAC filtering – by default, pfSense filters using MAC addresses. If you have a subnet behind a router on a captive portal enabled interface, every machine behind the router will be authorized after one user is authorized. MAC filtering can be disabled for these scenarios.
Authentication options – There are three authentication options available.
No authentication – This means the user just clicks through your portal page without entering credentials.
Local user manager – A local user database can be configured and used for authentication.
RADIUS authentication – This is the preferred authentication method for corporate environments and ISPs. It can be used to authenticate from Microsoft Active Directory and numerous other RADIUS servers.
RADIUS capabilities
Forced re-authentication
Able to send Accounting updates
RADIUS MAC authentication allows captive portal to authenticate to a RADIUS server using the client’s MAC address as the user name and password.
Allows configuration of redundant RADIUS servers.
HTTP or HTTPS – The portal page can be configured to use either HTTP or HTTPS.
Pass-through MAC and IP addresses – MAC and IP addresses can be white listed to bypass the portal. Any machines with NAT port forwards will need to be bypassed so the reply traffic does not hit the portal. You may wish to exclude some machines for other reasons.
File Manager – This allows you to upload images for use in your portal pages.

Limitations: “Reverse” portal, i.e. capturing traffic originating from the Internet and entering your network, is not possible.

Only entire IP and MAC addresses can be excluded from the portal, not individual protocols and ports.

The pfSense software includes both DHCP Server and Relay functionality